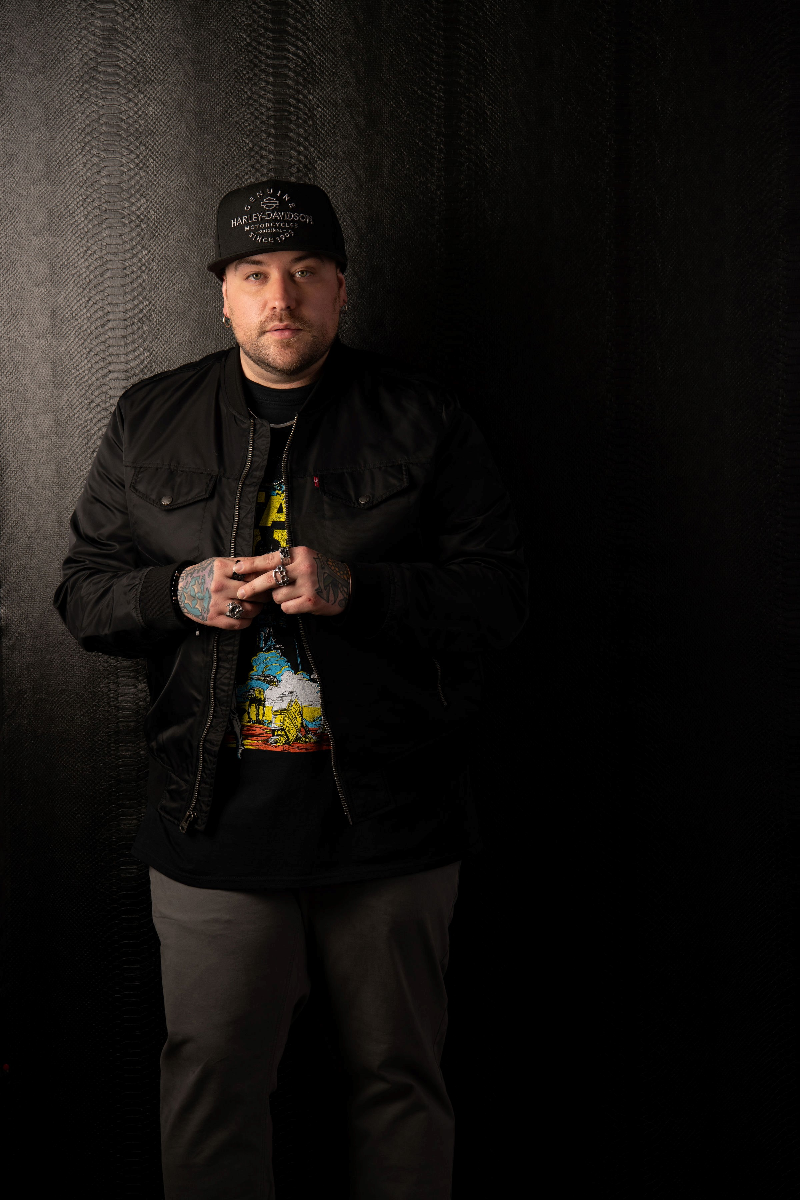 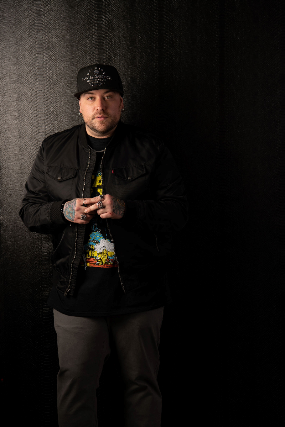 All of us can remember moments that changed our lives and hopefully the lives of those we love.

Ask Sam Grow and he’ll tell you he’s had maybe three. The first came in high school, when his father agreed to buy Sam the guitar he desperately wanted — but only on one fateful condition. The next came the day he first held his newborn daughter, a moment that prompted him to make a special vow he has kept ever since. And the third involved his decision to pass by several tempting opportunities until the perfect one came along – signing with Average Joes Entertainment.

Since signing with the Nashville-based label in 2019, Grow has amassed 40+ million streams across all Digital Service Platforms, was named to Billboard’s coveted “7 Country Acts To Watch” list, and was recently pegged by Music Row magazine as “On Board For Strong Bids For Future Stardom.”  His 2020 hit single, “Song About You,” from his EP, Me And Mine, was listed as one of Spotify’s “Best Country Songs of 2020-Wrapped,” and his 2019 album, “Love and Whiskey,” debuted at #1 on iTunes Country albums chart.

“Love and Whiskey” was a self-portrait that spoke to listeners as if they had written those songs themselves. Add his insight as a singer, his ability to convey loneliness, love and laughter with equal eloquence, and you’ve got an album that represents the best of modern country.

Grow began his journey in Mechanicsville, Maryland, where his father J.R. worked on power lines by day and enjoyed singing and listening to music at home at night. Sam started showing signs of talent early — so early that at age 5, after his family had moved to Winfield, Kansas, he made his debut singing “Amazing Grace” at the local Baptist church. Winfield also hosts the annual Walnut Valley Festival, which featured many of the best bluegrass singers and players. This, too, opened Grow’s eyes and ears.

At age 10 he began writing songs. By the time his parents divorced, Grow understood that music can be something more than a hobby or distraction. “I saw a lot of things that kids of 12 or 13 shouldn’t have to see,” he recalls. “I felt that I had something to say about those moments. That’s why I started writing about them. Eventually music became my escape, a way to get away from whatever was bad.”

Grow and his father moved back to Maryland, where their close bond grew even tighter. This takes us to that first milestone in Sam’s life. When he begged Dad to buy him a guitar, J.R. agreed to with one stipulation: Sam had to promise to use it to develop his own music — specifically, he would not use it to just imitate Green Day and other bands who were on the radio at that time.

Sam accepted those terms. It wasn’t until many years later that he found out his father spent $500 on the instrument by maxing out his credit card. Sam learned about more than music from this. “That’s why I say Dad was my biggest influence,” he explains. “And not just in music. He tried to excel at everything he did. Watching him striving always to be the best he could be definitely inspired me to try turning nothing into something.”

And he still owns that guitar.

When he was 15 Sam went with his father to Nashville. J.R. was there on business but he found time to sneak his son into Robert’s Western Wear, the classic Music City honky-tonk. Just one year later Sam was playing shows and leading his own band. Eventually he enrolled at the College of Southern Maryland as a music major, but left after a while and got back to making music. He knew then and knows today that he really had no other choice, and this was entirely because of that second milestone.

When he held his infant daughter for the first time, he says, “I realized that I was her first example of what a man is. I didn’t want to be the kind of man who said, ‘I had a dream to play music but then I had you and set it aside.’ That’s the worst thing you can tell a child. Looking at her, I wanted her to grow up knowing that I did chase my dreams. I wanted her to believe, like me, that the world is limitless.”

So Grow devoted full time to playing, performing and writing. He cut an indie album, Ignition, in 2009 and began touring beyond the Maryland territory, with shows booked in Los Angeles, San Diego, Vancouver and other far-flung destinations. When he landed a gig at Nashville Underground, he impulsively blind-texted producer Matt McClure, though they’d never met, inviting him to come down and catch a set or two. Impressed, McClure started introducing Grow to major publishers. Deals were offered immediately. Grow moved to Nashville in 2013 and started releasing his own music, beginning with a self-titled EP in 2014 and followed by The Blame in 2017 and A Little Like Me in 2018.

One last milestone remained. When Grow was booked to open for Colt Ford, the iconic country rapper invited him onto his bus to write a song with him and mutual friend Taylor Phillips. “We wrote one song,” Grow notes. “Then we wrote another song. Then Colt says, ‘I want more people to hear your music. Will you please come and sign with Average Joes?’”

That leads directly to Love And Whiskey, with Grow’s band providing the music as promised and Jacob Rice producing. Ironically, the first two singles were the only cuts he didn’t co-write. Yet “Boots” and “History” both seem to have been tailored to his story. “Boots,” in particular, came to him at exactly the right moment, just a few weeks after his father had passed. Josh Thompson’s lyrics touched something in Grow, whose memories of J.R. include the favorite pair of boots he wore throughout his life.

“Every time I play ‘Boots’ and I get to the hook, the people who have been following react with army and personally because they know how it connects to my feelings about my dad,” Grow insists. “But it also hits home when I sing it for a new audience, like I did recently on the Tyler Farr tour, because it speaks to his audience and mine: hard-working, blue-collar people who wake up every morning, strap their boots on and get to work.”

Grow expects to release another full album via Average Joes Entertainment in 2021. He continues to write and record extraordinary music that he hopes will change lives just as they have changed his.