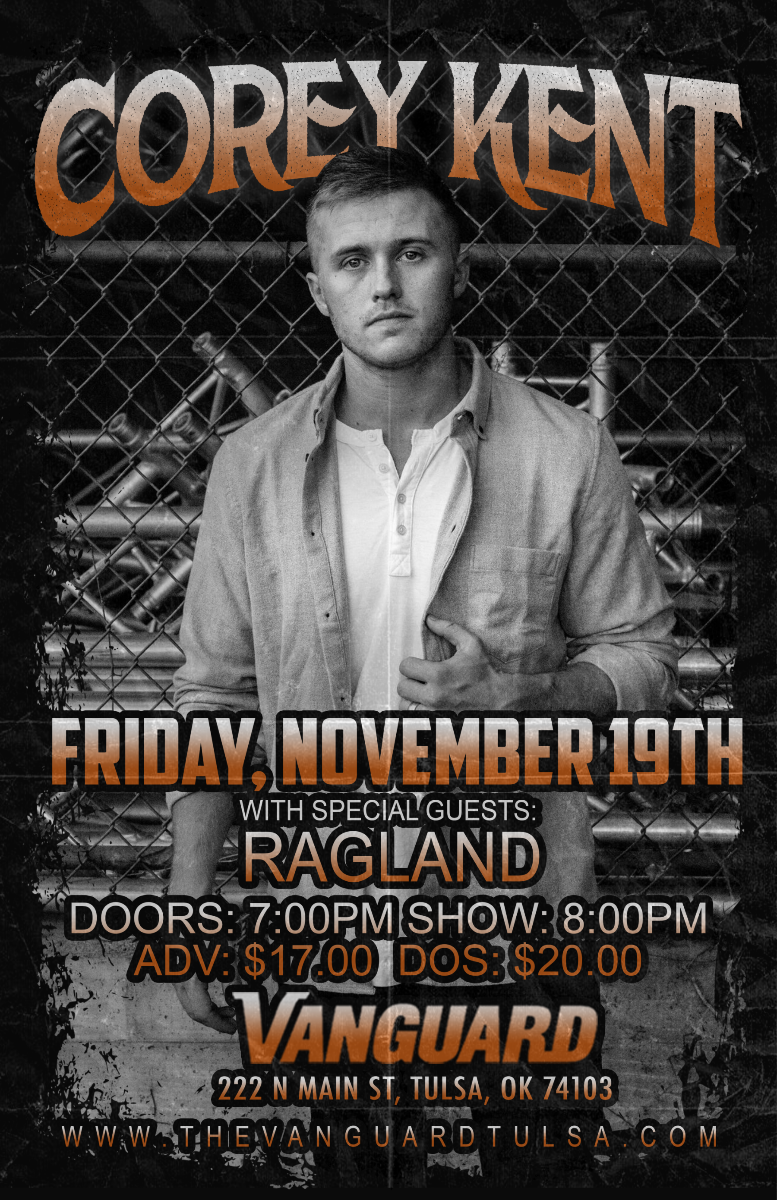 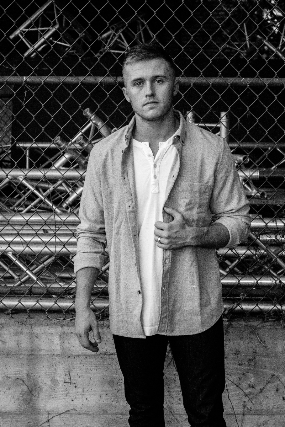 The three places Corey Kent has spent most of his life: Bixby, Oklahoma, Nashville, Tennessee, and Dallas, Texas.  With the small-town charm of Bixby in his lyrics, the big-city energy of Dallas in his live set, and the power of Nashville in his vocals, Corey's artistry bridges the gap of Red Dirt, Nashville, and Texas.

This blending of these styles and influences started early in his life. At age 11, Corey was touring as the lead singer of a Western Swing band opening for legends like Roy Clark & The Oak Ridge Boys. By the time he could drive, he was playing weekly in his hometown of Bixby, OK. In December of 2010, Corey found himself on stage singing Milk Cow Blues with country music icon Willie Nelson. By 17, he said goodbye to his family & moved out to Nashville, TN, in an effort to push himself as a songwriter.

In 2019, Corey signed a publishing deal with Combustion Music and has gone on to write songs for Kolby Cooper, Brandon Jenkins, and William Clark Green's #1 hit "Hit You Where It Hurts"!

In 2020, Corey and his family moved to Dallas, TX, and he released his From the West LP, which has racked up two million+ aggregate streams and provides most of the staples of the live set that is already turning heads in places like Gruene Hall, Floore's, The Tap, The Backyard, Silver Saloon and many more.

In 2021, Corey is currently out on the road playing shows with Parker McCollum, Randy Rogers, Kolby Cooper, and Eli Young Band, to name a few, and is kicking off his next batch of songs with the uptempo rocker, "A Lot Like This"! With smokey guitar riffs, a captivating melody, an easy-to-embrace vibe, and Corey's dynamic pipes, this song is built to echo across dancefloors on Friday nights for a long time to come!

Corey's next project is already in the works, and he plans to follow "A Lot Like This" with new music later this summer, so stay tuned! 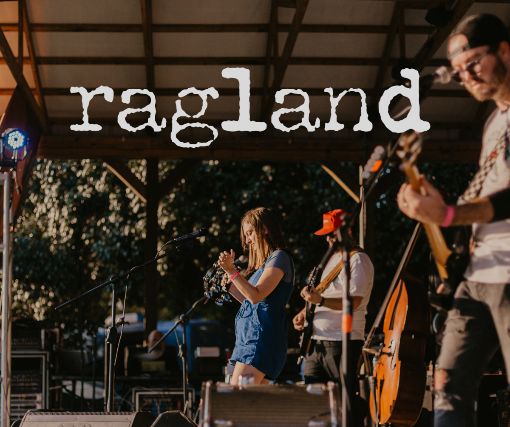