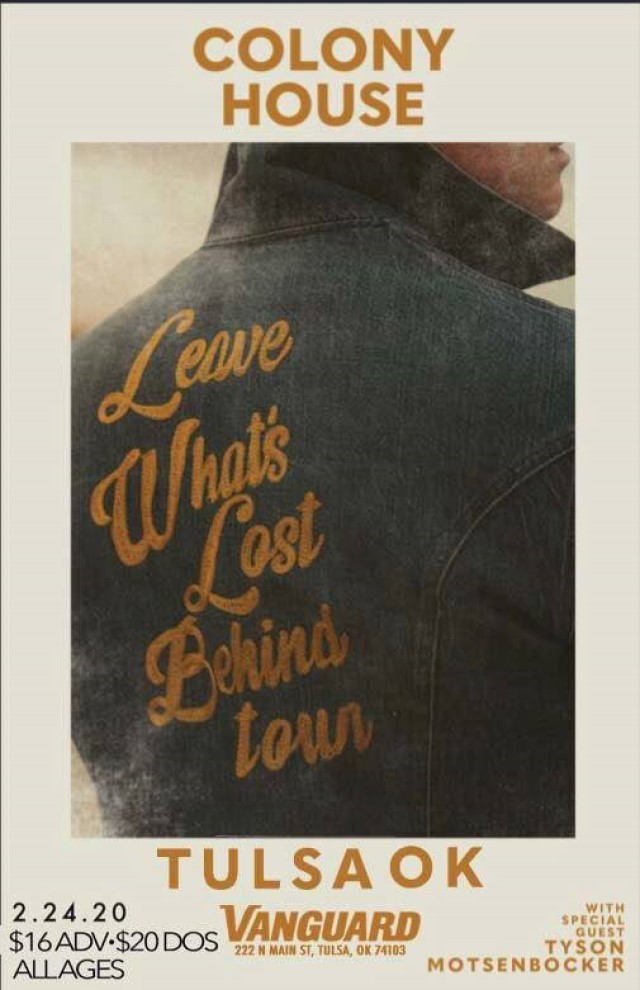 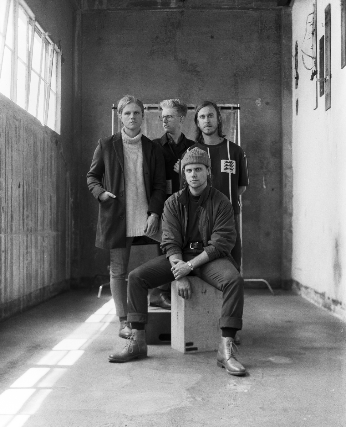 Colony House first captured attention in 2014 with their lead single "Silhouettes" off their debut album When I Was Younger, which became the #1 played track on SiriusXM's Alt Nation for four months straight.  The band followed the debut album with their second album Only The Lonely, which featured singles "You Know It" and "You & I." Entertainment Weekly included the album on their "Must List" and describes the album "...fuses swampy blues, scuzzy garage rock, and infectious indie pop...its massive jams will sound great booming from a festival stage." The band has performed on Late Night with Seth Meyers, CONAN, TODAY show and more. Colony House will be releasing their third studio album Leave What’s Lost Behind on January 24, 2020.
Tyson Motsenbocker 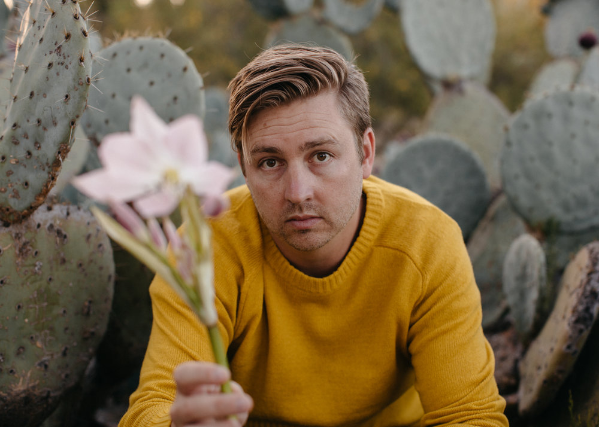 In North Central Washington State, Tyson Motsenbocker grew up in the apple orchards and pine forests at the foothills of the Cascade Mountains. It’s the pastoral sound of his childhood that has defined the sound of his music, even among the freeways and fast pace of his new Southern California home. After the release of two EP’s Until it Lands and Rivers and Roads Motsenbocker defined himself as a mature lyricist and accomplished songwriter, sharing the stage with the likes of David Bazan, Vance Joy and James Bay.

In 2013, after the death of his mother and hero, Motsenbocker walked the six hundred mile stretch of coastline to San Francisco in memory of her. In the contrast of loud cars on a dirty highway with the serene beauty of the Pacific Ocean Motsenbocker contracted a new view of life beyond loss, a renegotiated relationship with God and peace inside the turmoil. This walk would become the basis for his debut full length record available now on Tooth & Nail Records.

Motsenbocker released two EPs, Almira and A Kind Invitation, in late 2017. His new album, Someday I’ll Make It All Up To You, will release in February 2020.