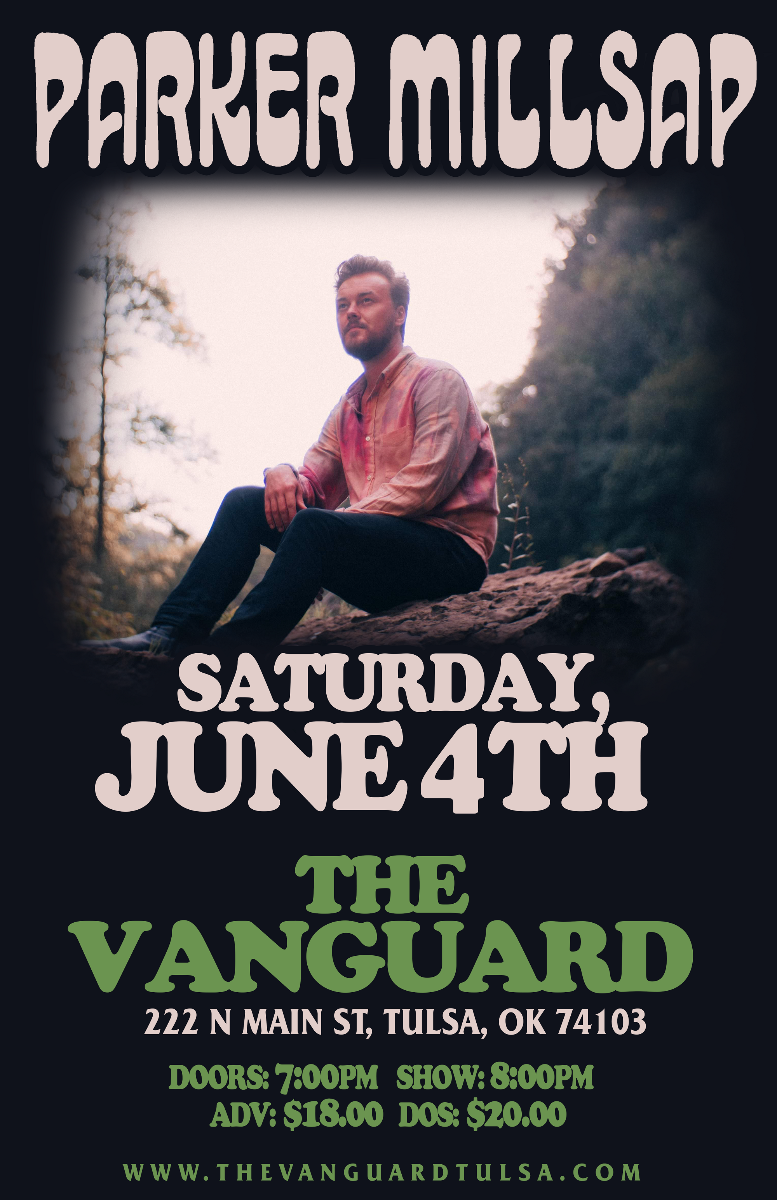 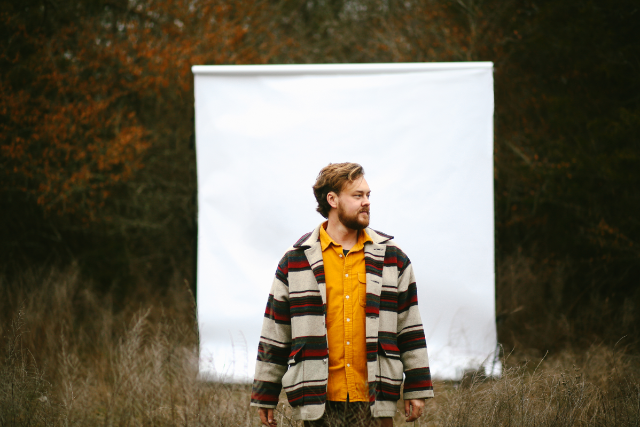 The fifth album from Oklahoma-bred singer/songwriter Parker Millsap, Be Here Instead emerged from a wild alchemy of instinct, ingenuity, and joyfully determined rule-breaking. In a departure from the guitar-and-notebook-based approach to songwriting that shaped his earlier work, the Nashville-based artist followed his curiosity to countless other modes of expression, experimenting with everything from piano to effects pedals to old-school drum machines (a fascination partly inspired by the early-’70s innovations of Sly Stone and J.J. Cale). As those explorations deepened and broadened his musical vision, Millsap soon arrived at a body of work touched with both unbridled imagination and lucid insight into the search for presence in a chaotic world.

Produced by John Agnello (Kurt Vile, Sonic Youth, Waxahatchee) and mainly recorded live with Millsap’s full band, Be Here Instead marks a stylistic shift from the gritty and high-energy folk of his previous output, including 2018’s acclaimed Other Arrangements and 2016’s The Very Last Day (an Americana Music Association Awards nominee for Album of the Year). With its adventurous yet immaculately detailed sonic palette, the album warps genres to glorious effect, at one point offering up what Millsap aptly refers to as a “disco-Americana showtune.” In another creative breakthrough, Be Here Instead forgoes the character-driven storytelling of his past in favor of a more introspective and endlessly revelatory form of lyricism, an element he traces back to the charmed nature of his songwriting process. “Because the lyrics were appearing seemingly out of nowhere and with no prior intent, some of them started to feel like transmissions from my subconscious, rather than the preconceived linear stories or waking thoughts of my earlier songs,” says Millsap. “They feel like words I needed to hear from myself, and not just things I wanted to say to someone else.”

On “The Real Thing”—the luminous lead single to Be Here Instead—Millsap presents a brilliant introduction to the album’s kaleidoscopic sound, merging the song’s cascading guitar lines and potent grooves with a tender statement of devotion (e.g., “I been through your roses, honey/I don’t mind the thorns”). Sparked from an experiment in open tuning and featuring guest vocals from Erin Rae, the track gracefully transforms a moment of private longing into a bit of prescient commentary. “I wrote ‘The Real Thing’ when I was touring and missing my wife, and hating how being on FaceTime doesn’t feel anything like being in the same room,” says Millsap. “But then as 2020 happened, the lyrics grew new teeth—now it’s much more of a reflection of how hard it is to experience any spontaneous interaction when everything happens on livestreams and Zoom.”

In its candid meditation on the intricacies of connection, Be Here Instead also delivers standouts like “Vulnerable,” a lushly textured piece of psychedelic soul threaded with elegantly simple wisdom. “I wrote that one when I was newly married,” says Millsap. “Something about standing in front of a room of people and saying ‘This is the one’ gave everything an extra weight, and made me think about how I’m still learning to openly communicate what I’m feeling. Because if you hold back instead of just being honest, eventually it’s going to come out in some other way. So the best practice is just to be vulnerable—it’s never really worth it to try to be tough.”

Another track demonstrating the sheer power of Millsap’s artistic impulse, “Dammit” began as a complex and slow-paced ballad, then evolved into a kinetic two-chord anthem (thanks in part to a failed attempt at creating a U2-like number, as per Agnello’s suggestion). One of the album’s most majestic moments, “Dammit” unfolds as an unlikely epic that perfectly captures the nuances of existential frustration (“It’s hard to be a dancer, baby, when you’re living in your head”) while working up a furious momentum that’s nothing less than exhilarating.

Although Be Here Instead often finds Millsap wandering into new terrain, the album remains firmly grounded in the sophisticated musicianship he began honing as a kid growing up in the small town of Purcell. Raised on Texas singer/songwriters like Townes Van Zandt, he started writing songs on acoustic guitar in his early teens, then made his debut at the age of 19 with the 2012 album Palisade. With his self-titled sophomore effort arriving in 2014, Millsap released both The Very Last Day and Other Arrangements to widespread praise, with famed rock critic Ann Powers dubbing him a “star in the making” and Rolling Stone stating that the latter album “mingle[s] the sacred and profane to rollicking effect.” Through the years, he’s also made his name as a captivating live act, opening for the likes of Jason Isbell, Patty Griffin, and Lucinda Williams and taking the stage at major festivals like Bonnaroo, Austin City Limits, and Newport Folk Fest. And in a particularly memorable turn of events, Millsap joined singer/songwriter Sarah Jarosz for a 2016 show in Atlanta and drew raves from none other than Sir Elton John, who hailed the performance as “one of the best concerts I have ever seen” and noted that the night “restored my faith in music.”

In looking back on the making of Be Here Instead, Millsap points out that his recently discovered love of painting also informed the free-flowing creativity he brought to the album. “My wife’s grandfather was an artist who did watercolor paintings, and a few years ago I decided I wanted to try it,” he says. “I very quickly found out that watercolors are really hard to work with: you have to embrace your mistakes, and then let them guide you along. It’s made me think about how when you mess up, you’re basically revealing your humanity, which is what music’s all about. When I listen to records, I love when Ray Charles’s voice cracks, or when you hear the squeaking of the kick-drum pedal on a Led Zeppelin song. Anything that shows the living, breathing quality of the whole thing—that’s always wonderful. That’s what we’re here for. So don’t be afraid to let it happen.”
Thomas Csorba