with Groucho, Sin of Saints
The Vanguard
All Ages
$15 adv // $20 dos
Buy Tickets 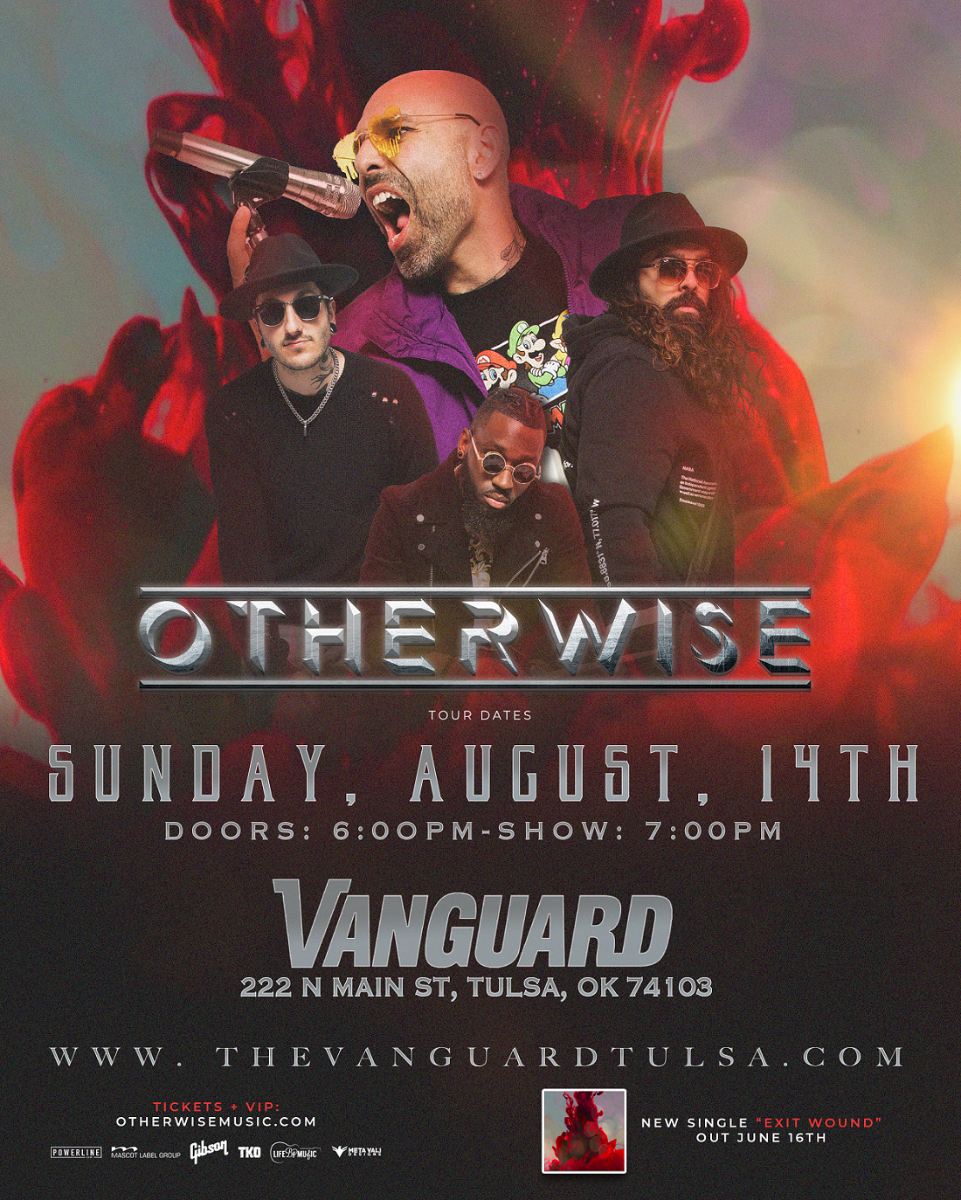 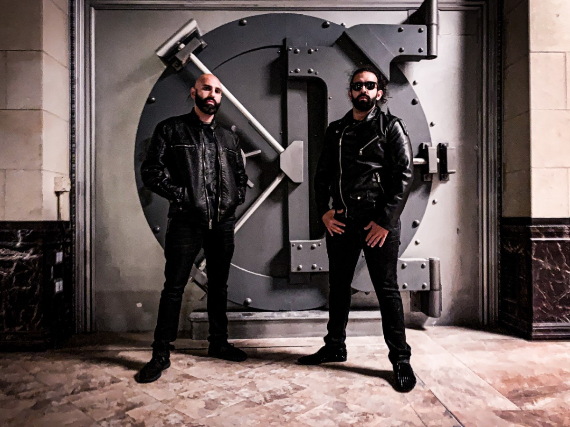 A little danger makes rock music memorable.
The edges cut deep and hit just as hard as any hook does, leaving a mark forever. Tapping into the spirit of rebelliousness, OTHERWISE embrace those edges on their fourth full-length and debut for Mascot Label Group, Defy. The Las Vegas quartet—Adrian Patrick [lead vocals], Ryan Patrick [guitar, vocals], Tony Carboney [bass, vocals], and Brian Medeiros [drums]—push the boundaries of their signature style in terms of both songcraft and sonic experimentation alike.
Most importantly, the boys hold nothing back…
“Rock ‘n’ roll was always meant to be dangerous,” Adrian proclaims. “We grew up in the last era where nineties bands were Soul Rebels. They stood for something. They didn’t conform. Since the greatest risks yield the greatest return, why play it safe? We decided to swing for the fucking fences this time. In between the last album and now, we changed everything. I had two sons, and it took their births for me to go, ‘Fuck it, we’ve got to shoot for the goddamned stars’.”
An impressive run thus far fortified a launchpad for them to shoot for the stars. OTHERWISE’s quiet grind quietly elevated the group to the forefront of 21st century rock. Since their self-titled independent debut in 2006, they unleashed a string of fan favorite albums—True Love Never Dies [2012], Peace At All Costs [2014], and Sleeping Lions [2017]. Along the way, they tallied 40 million-plus streams and shared the stage with everyone from Stone Sour to Papa Roach in addition to shutting down Welcome To Rockville, Rocklahoma, and Shiprocked!, to name a few. Sleeping Lions signaled the current turning point. They welcomed Tony and Brian into the fold, and it would be their last offering for their previous label.
In 2018, they enlisted a new team and signed to Mascot. They also linked up with producer Matt Good [Asking Alexandria, Hollywood Undead] for the first time, commuting from Las Vegas to his Phoenix studio in order to cut these eleven tracks.
“We hinted at an explorative spirit before, but Defy is the full embrace of that adventurousness,” he goes on. “We got to a point of where we’re supposed to be, creatively speaking. It’s a new chapter all-around, and we’re fired up about it. Matt is the fastest and most creative, prolific producer we’ve ever worked with. He’s the kind of guy we’ve always wanted in our corner. This is also the second album with Brian and Tony. Everybody locked in. We got to explore together. It’s still familiar, but it’s a different beast.”
The first single “Lifted” proves that. A wiry riff snakes around blunt lyrics “about getting fucked up, alcohol, and drugs…it got me kicked off tours and banned from festivals.” Over handclaps, he admits, “I’m living it up with a cup full of God knows what, got lines to cut.”
Everything culminates on an arena-size, panty-dropping chant worthy of its own Behind The Music: “I’m lifted.”
“It’s about all of the same shit that got me trouble, and the label thought it was the best single to lead with,” chuckles Adrian. “It’s fun. I’ve been the guy the song is about. I’ve lived that life. I’ve been there. It’s real.”
The opener “Bad Trip” kicks down the door with ominous electronics and glitchy echoes before a hard-hitting and hypnotic chant inspired by “an experience where my wife and I had a bad vacation together, but it ended up being a good time. It also serves double duty as commentary on the current nebulous state of affairs we find ourselves mired in a as a nation…as human beings on this planet.” Elsewhere, “Don’t Even” takes no prisoners with a stranglehold groove and knockout chorus.
“We were without a label and back to being a garage band,” recalls Adrian. “We just decided to call everybody out on ‘Don’t Even’.”
The anthemic “Ain’t Done Yet” doubles as “OTHERWISE’s mission statement.” Meanwhile, the emotionally charged closer “Good Fight” strikes a different chord with its orchestral buildup and soaring refrain.
“It’s for my wife and sons as well as all of our families and friends who’ve had our backs in this crazy Life By Music,” smiles Adrian. “It’s the last one we did. My dad always said, ‘You’ve got to fight the good fight’. I felt some deeper connection to the phrase. It’s like it came from eons and generations ago. This notion of fighting the good fight is part of our DNA.”
In the end, OTHERWISE do the most dangerous thing possible and uproot all expectations.
“When you listen to the record, I hope you go, ‘I did not expect that, but I love it’,” Adrian leaves off. “It’s real rock ‘n’ roll with live guitars and drums, but it’s personal. This is my fucking life. There’s no turning back. This band is the future of my family. It means everything to me—and all of us. This is OTHERWISE.”
Groucho 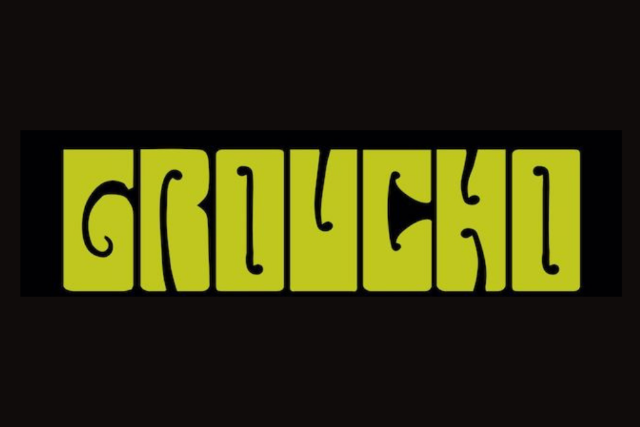 A ride for the mind in a bind. Groucho is a alt/rock band from Tulsa, OK. Fans of '90s rock, Nirvana, QoTSA, MUSE, Thrice, Led Zeppelin, The Beatles.
Sin of Saints