Please ensure Javascript is enabled for purposes of website accessibility
The Vanguard and Bros. Houligan Present... 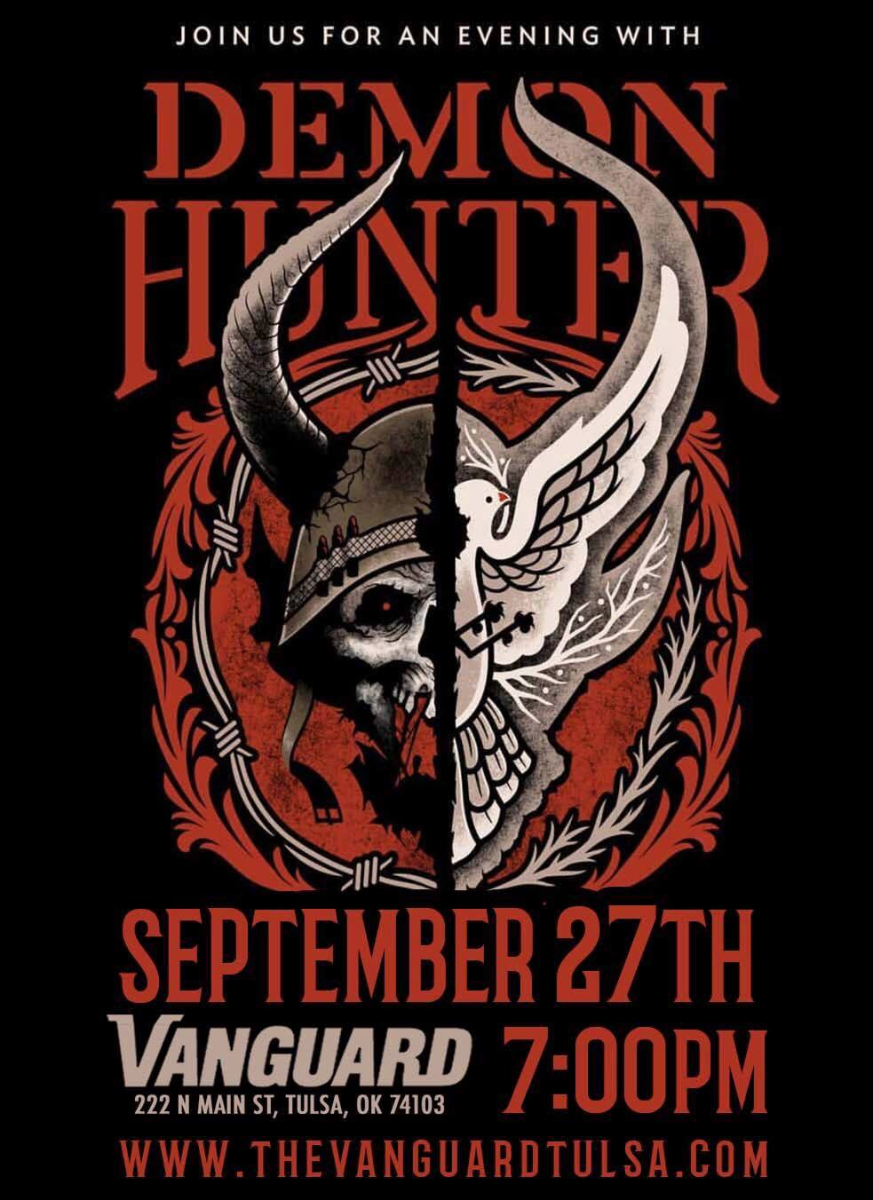 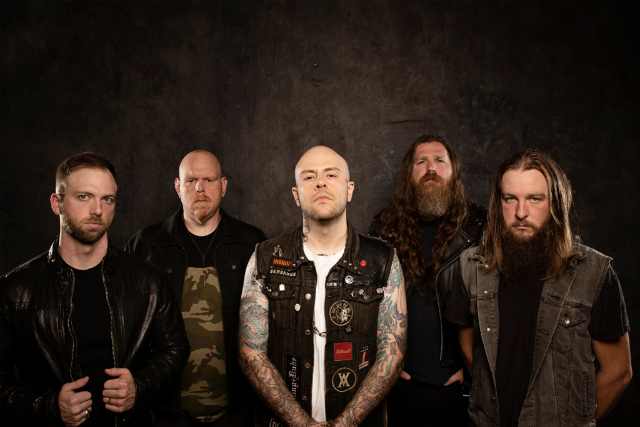 Demon Hunter is an American metal institution. The band embraces brazenly transcendent melodies, without apology, while maintaining a defiant heaviness reminiscent of the most timeless of metal music. For nearly two decades, Demon Hunter has weathered the changing tides of rock subculture, proving ever resistant to trends, and ever resilient, making music as determined and resolute as the men within the band.

In 2019 the band unveils not one but two brand new full-length albums on the same day. War is filled with aggression and Peace doubles down on melody; both are dynamic and diverse standalone offerings. They are linked most prominently by release date and a plainspoken theme:

“War in every breath / Peace in only death.”

Like Outlive (2017) and Extremist (2014), War and Peace were produced by the band’s own Jeremiah Scott and mixed by Zeuss (Rob Zombie, Queensrÿche, Hatebreed). Singer Ryan Clark, a Grammy nominated designer who has worked on album projects for Alice In Chains and Foo Fighters, once again spearheaded the look and feel.

As a headlining act, Demon Hunter helped introduce audiences to bands like August Burns Red. They’ve co-headlined with Red and toured as direct support for both In Flames and As I Lay Dying in the United States and parts of Canada. They’ve traveled to South America, Europe, and Australia, headlining major festivals and club shows alike.

Clark was on the cover of Revolver as part of their “Holy Alliance” feature in 2006, alongside the frontmen for Underoath, As I Lay Dying, and Norma Jean. He’s been invited to record guest vocals on songs released by Five Finger Death Punch and Anberlin, to name just a few.

Demon Hunter’s dedicated supporters and allies around the world wear the group’s symbol, lyrics, and album imagery on their shirts, denim vests, backpacks, and uniforms, and in many cases, on their skin. The band has engaged their fans in direct, authentic and personal terms for years, since long before such efforts were seen as “strategy.”

The group’s extended family around the world cherish Demon Hunter songs as personal anthems, instruments of empowerment, using them to mark chapters in their lives both good and bad, in celebration and in mourning, from weddings to funerals. Songs like “I Am a Stone,” “Not Ready to Die,” “Carry Me Down,” “Collapsing,” “LifeWar,” and “Fading Away” continue to resonate with fans, even as each successive album elicits ever more fervor from the band’s fierce, loyal supporters.

Ryan and his brother, former guitarist Don Clark, created Demon Hunter after the turn of the millennium, unleashing a self-titled first album backed by a still shadowy and enigmatic lineup in 2002, assembling a touring lineup that introduced Jonathan Dunn as bassist.

Summer of Darkness broke through in the metal, hardcore, and Christian rock scenes in 2004, with MTV2 rotation for “Not Ready to Die” and a spot on the Resident Evil: Apocalypse soundtrack helping push it past 100,000 in sales. Yogi was a fulltime member by the time they released The Triptych, which sold close to 150,000 copies in the U.S.; 2007’s Storm The Gates Of Hell crossed the 100,000 mark as well.

Judge toured on that record as lead guitarist, officially joining in 2009 with Live in Nashville. The World Is A Thorn (2010) debuted with first week sales of 14,000 as “Collapsing” became their highest charting song at metal and specialty radio. True Defiance (2012) broke into Billboard’s Top 40. Extremist was yet another milestone, with first week sales of over 18,000. It also produced the SiriusXM Octane hit “The Last One Alive.” That song and album cuts like “I Will Fail You,” “The Heart of a Graveyard,” and “Artificial Light” generated over 20 million streams.

War and Peace embody a stunning creative achievement, mining the depths of the band’s past, present, and future with unbridled ambition. “On My Side” and “Peace” saw the band back on SiriusXM. Spotify quickly placed both songs in several influential tastemaker playlists.