with The Beaten Daylights, Follow The Buzzards, Celebrity Sex Tape
The Vanguard
All Ages
$12.00 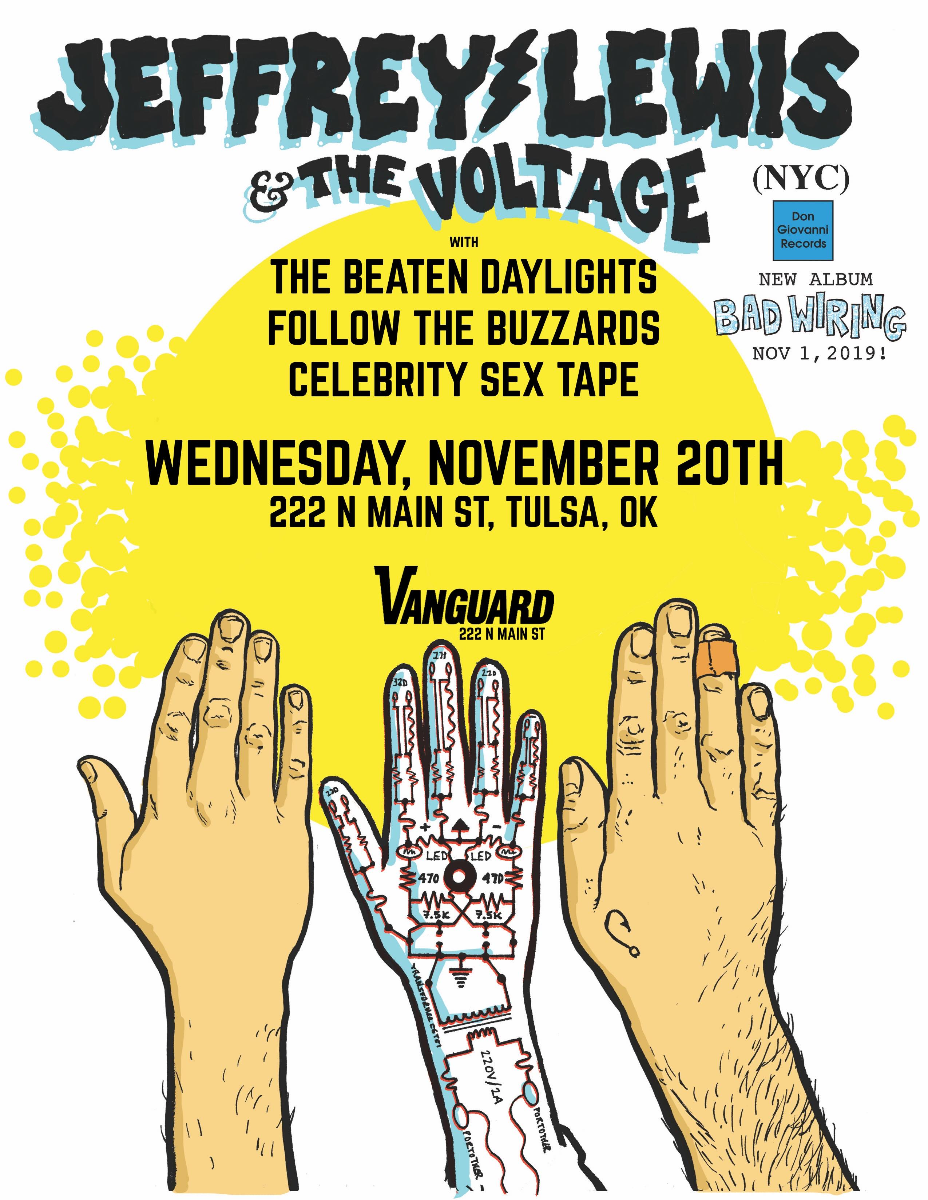 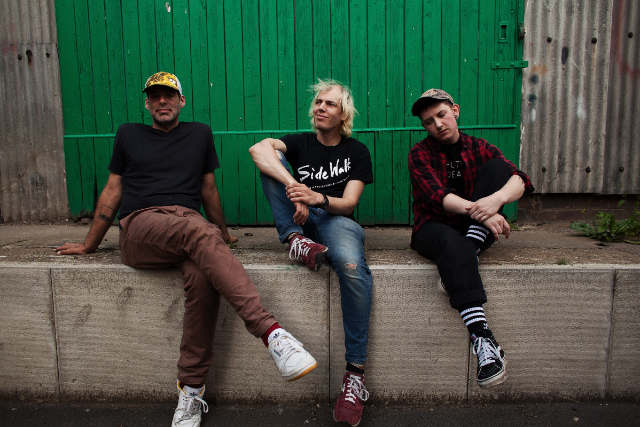 Born and raised New Yorker Jeffrey Lewis leads a double-life, as both a comic book writer/artist and a musician (or is that a triple-life?).  His band also has a multi-faceted existence, exploring a stylistic swath from contemplative folk narratives to distortion-fueled garage rock to soundscape abstractions and more, usually all within any given ten-minute period.  Most often a trio (though occasionally just Jeffrey solo, or as a duo, and on some tours as a four-piece), the Jeffrey Lewis group has shuffled its name a number of times over the years, from Jeffrey Lewis & The Jitters to Jeffrey Lewis & The Jackals, Jeffrey Lewis & The Junkyard, Jeffrey Lightning Lewis & The Rain, Jeffrey Lewis & The Jrams and others, in 2015 becoming Jeffrey Lewis & Los Bolts. These various formations (often in the past featuring Jeffrey's brother Jack on bass) have toured the world from Los Angeles to London, Berlin to Beijing, Melbourne to Moscow, Houston to Ho Chi Minh City, blowing minds all along the way and sometimes sharing stages or full tours with the likes of Stephen Malkmus & The Jicks, Devendra Banhart, Devo, The Mountain Goats, Thurston Moore, The Fall, The Vaselines, Roky Erickson, Pulp, Beth Orton, Frank Black, The Fiery Furnaces, Daniel Johnston, Scout Niblett, The Moldy Peaches, Cornershop, The Cribs, Dr. Dog, Kimya Dawson, Adam Green, Akron/Family, Black Dice, Au Revoir Simone, The Television Personalities, Jarvis Cocker and many other luminaries.  Live shows often incorporate "low budget videos," Jeffrey’s large illustrations displayed to accompany certain songs, such as Jeffrey's educational multi-part "History of Communism" or flights of fancy like "The Creeping Brain."  In 2001 Jeffrey Lewis signed to the venerable Rough Trade Records label (home to The Smiths, The Strokes, and many more alternative legends) and has since released seven albums worldwide on Rough Trade/Beggars, the most recent of which is "Manhattan," released at the end of 2015.  Jeffrey has been self-publishing a comic book series called "Fuff" since 2004, has lectured around the world on topics such as the Watchmen comic book and independently produced music, and in recent years his work has been featured by the History Channel, the New York Times, the Guardian, NPR, and elsewhere. Recent projects include a one-man art show at LPR in Manhattan, creating the soundtrack for the film Radio Unnameable (distributed by Kino Lorber), illustrating Jaimee Garbacik's academic book Gender and Sexuality For Beginners, writing/drawing a 9-page comic book biography of Woody Guthrie for the Paul Buhle-edited book Bohemians, writing/illustrating/publishing three installments of Sonnet Youth (an attempt to rewrite the discography of Sonic Youth in sonnet form), and finally publishing Fuff # 11. Jeffrey has also been organizing annual tribute concerts to Tuli Kupferberg of the Fugs (annually in late September), and Lou Reed (annually in early March).

Jeffrey's side-project band with Peter (Holy Modal Rounders) Stampfel released their second album "Hey Hey it's... The Jeffrey Lewis & Peter Stampfel Band" in May 2013; a third Stampfel/Lewis collaboration album is in the works. 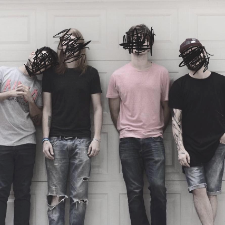 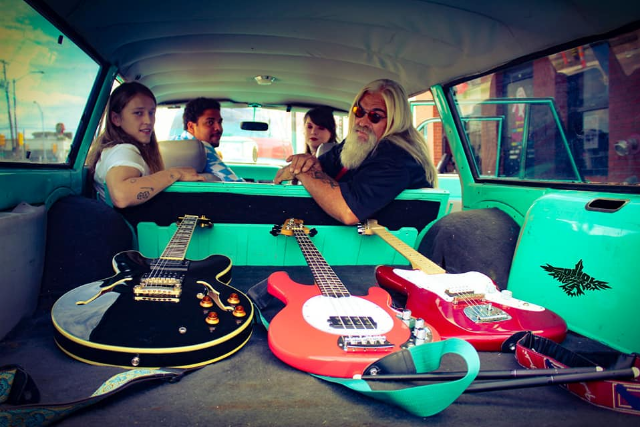 Follow the Buzzards plays Rock N’ Roll. That’s a statement a great deal of bands wouldn’t dare make anymore. Some play Rock. Some play Metal. But not too many care to work for that vibe and groove that only comes from real Rock N’ Roll. It’s got attitude and style. It’s music that drives you to stand up. To sing. To become part of the song. That’s Rock N’ Roll, and that’s what the Buzzards play. Founded in 2013, they spent two years rehearsing and recording before stepping out into the scene. The group is a four piece and takes its influences from a myriad of sources, ranging from The Rolling Stones to Rancid to Florence and the Machine. Their debut album, “West of the Wastelands” debuted on October 1st, 2015. It is available for digital download from all fine music retailers, and tracks from the album have been featured on RSU radio’s weekly Top Ten multiple times. Their music video for the album’s opening track, “Tonight” has been streamed hundreds of times since its launch in late 2015. The band itself is an interesting crew to say the least, but they’ve got the knowhow. Between the four members a collective 70 years of performing experience makes up the back bone of the Follow the Buzzards stage presence and sound. Wanting to leave no listener dissatisfied the group is well versed in both original material and covers. Songs by acts as varied as Queen, Waylon Jennings, The Faces, Dion and the Belmont’s, and the Eagles all appear during long sets, as well as groups like Credence Clearwater Revival, Operation Ivy, and Chuck Berry.

Life in the trash lane.